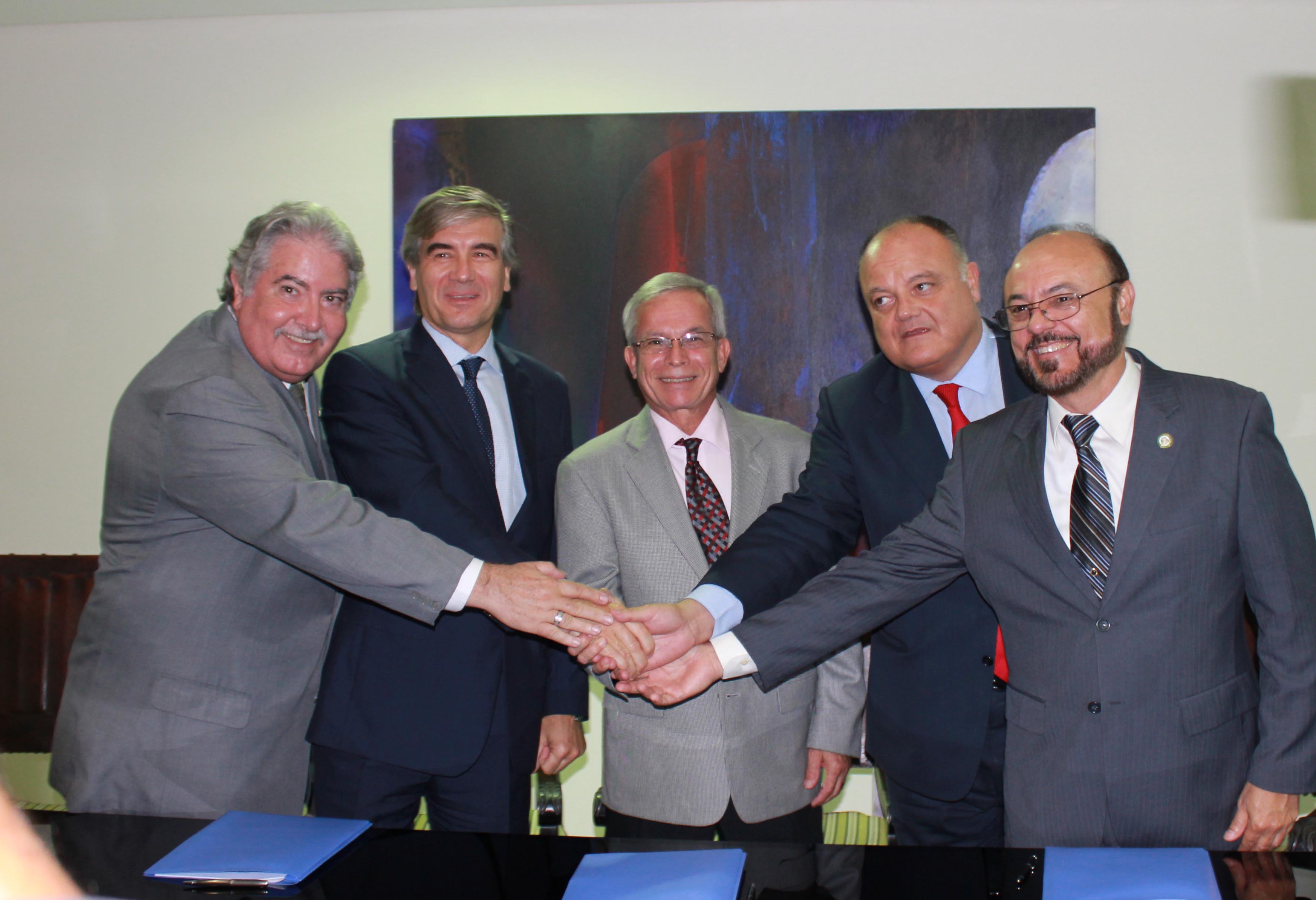 Dr. Benjamin Colucci, Professor of Civil Engineering and Surveying (INCI) of Mayagüez Campus (RUM), was selected as director of Cátedra Abertis Puerto Rico at the University of Puerto Rico (UPR), as announced by Sergi Loughney, Abertis Foundation Director, and Francisco Reynes, a delegate for the Abertis Foundation, and Dr. Miguel Muñoz, president of the UPR, during a ceremony in which formalized the establishment of the Cátedra Abertis in Puerto Rico. This initiative is part of an agreement between the University and the aforementioned Foundation, which aims to promote the area of transportation infrastructure so that both students and educators can integrate themselves into projects. Dr. Benjamín Colucci will outline a work plan that promotes collaboration between the UPR and the Cátedra Abertis Foundation to identify and align the needs of infrastructure on the island with the knowledge and driven disciplines in the university. “It is an honor of the UPR, the Mayagüez Campus, the Graduate Program of Transportation, and other initiatives that have been made over the years on behalf of our students, emphasizing infrastructure development, technology transfer, and road safety, “said the professor, who has directed the Puerto Rico Transportation Technology Transfer Center (Puerto Rico LTAP) since its establishment in 1986, and specializes in road pavements.